A parent’s unconditional love for their offspring is true and endless. No amount of material possessions will be enough to show how deep a parent’s love to their children are. It is beyond human understanding.

One example of this was seen on a Facebook post by the page K & L Marketing, an iPhone store in Cebu that sells second hand units of iPhone. The page published a photo of a woman counting stacks of coins on their counter. The internet went ablaze. The Facebook post became viral with thousands of people sharing the photo.

According to the said post, the mother in the picture came to their store hoping to buy an iPhone from their shop. Her story stood out to them. What made her story remarkable was that these coins were from her and her husband’s savings. It was uncommon but at the same time heartwarming.

She said that she and her husband worked hard to buy this phone for their Grade 11 child who became the top pupil of their school. They bought it as a reward. It was also their child’s first ever phone. A relative of the family clarified in the comments section that the mother in the said post really came from a poor family. The father works in a vulcanizing shop while the mother is a plain housewife. The relative further said that the parents saved money for several months in order to afford a gift for their cherished child and that she was there when it happened. She explained that the photo doesn’t really justify what really happened and that there’s more to the story. The mother does not deserve the harsh comments coming from other people that does not know the full story.  Some users voiced their annoyance over the extravagant gift while there are also many who praised the parents for how they expressed their unconditional love. 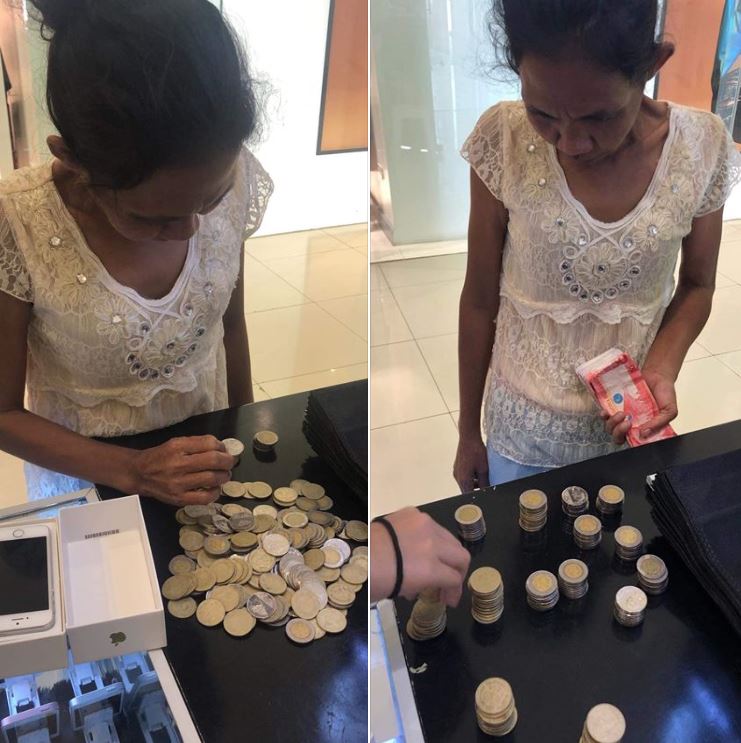 The Facebook page that posted the picture clarified that the price of the phone purchased by the woman was only worth 3,000 pesos and not that expensive despite being from a known brand.