Some security guards are working for their family and trying to save money as much as they can. They only buy cheap meals so they can budget their money well. The security guard is not eating properly just to send the money to his wife and kids in the province. 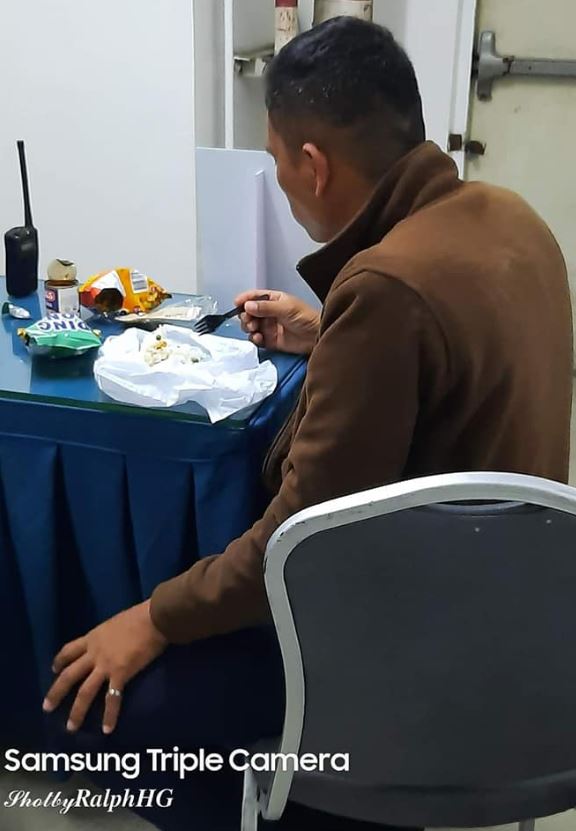 A security guard had gone viral because he only ate “Ding Dong” junk food as viand. He ate this junk food with rice during lunch and dinner. 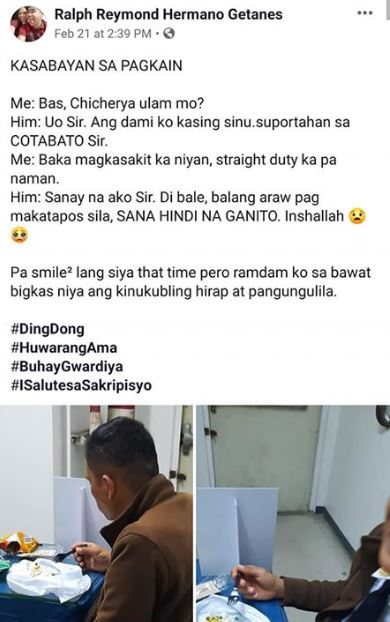 Getanes said that he could get sick by eating this. The security guard was teary eyed and said that he is used to this meal. He is praying that after his children graduate school, he can live a more comfortable life.

The photos of the security guard made many netizens realize the sacrifice of their parents for them. This is the reality for people who didn’t come from rich families. They are doing their best to provide support for their families. 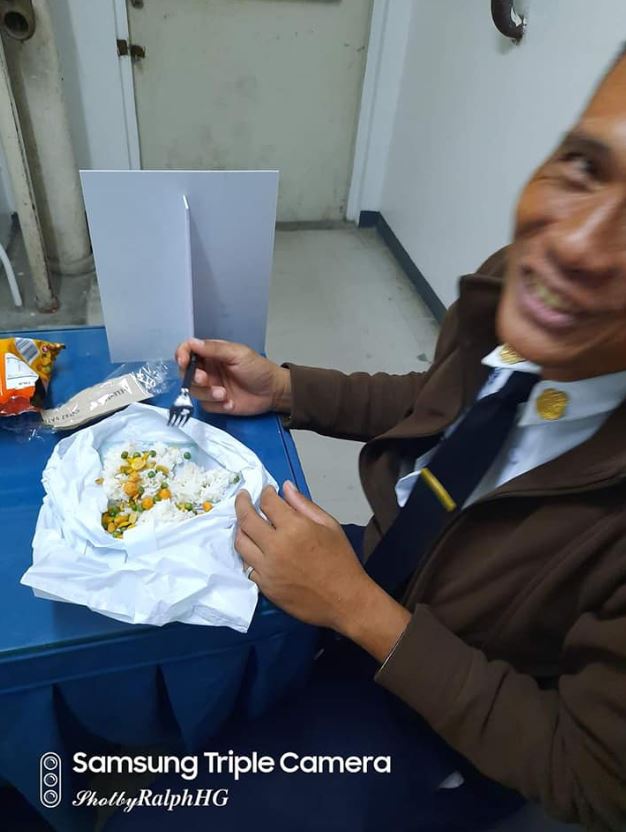 The security guard is admired by many because he is a good role model of being selfless. He didn’t mind suffering just to make sure his family is eating properly. The security guard has a positive output in life. He believes that someday his kids will be successful in life.