Many parents claim that having a kid is not an easy job but they still do it because kids are heaven sent. This is what must have been in a flight steward’s mind when he helped out a crying little boy while he is on the job aboard a plane going to Manila from Pagadian. One cabin crew is now getting positive attention from netizens when aside from his usual job of taking care of the passengers of the flight he is in, he also managed to make a little boy stop from crying throughout the flight. 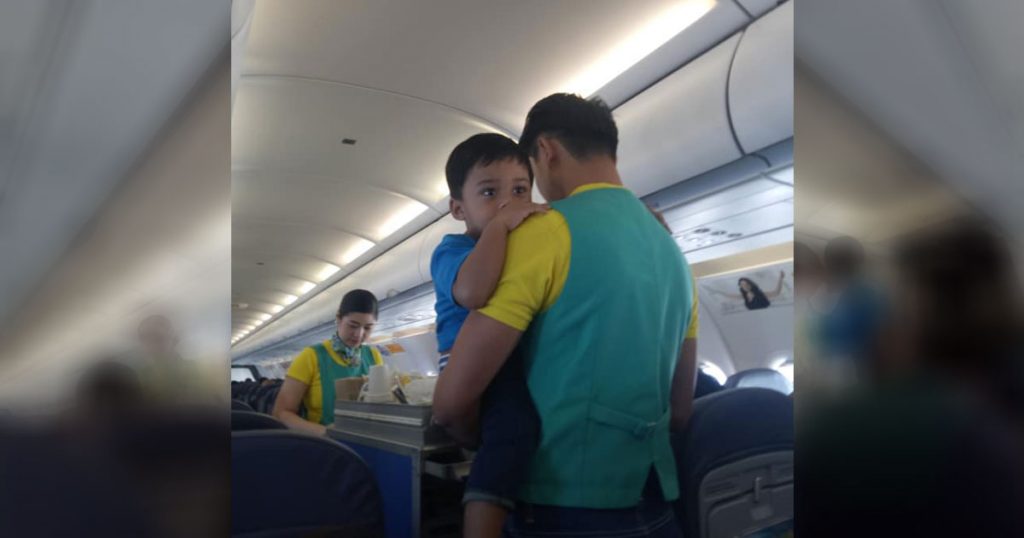 The little boy is with his grandmother who didn’t know what to do because 30 minutes into the flight and the boy is still crying. No one knows if he is crying because he is afraid of riding a plane or he is just having tantrums but this accommodating cabin crew came to the rescue. He went to the grandmother and little boy and he took the little boy to his hands and they walk together while he is serving the passengers. 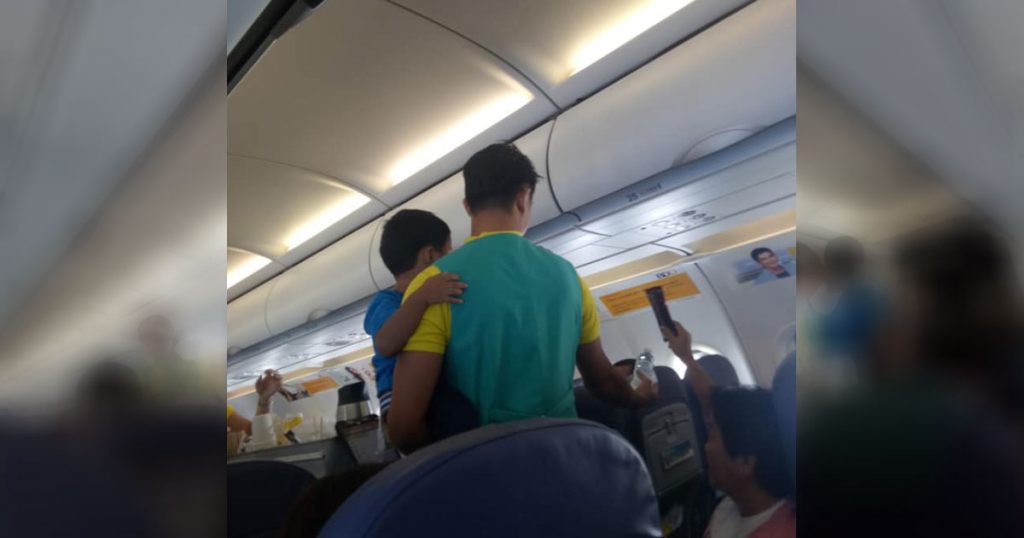 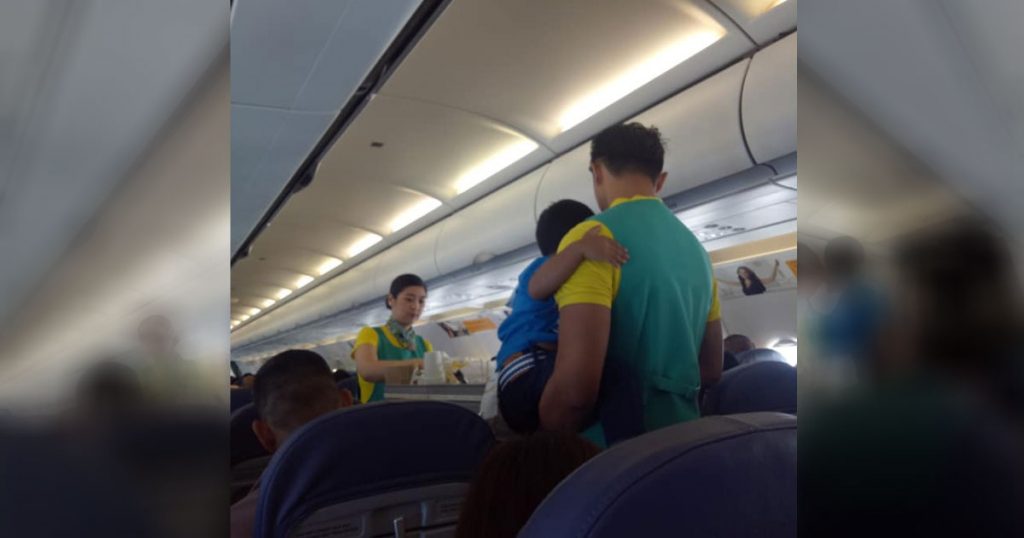 Amazing, isn’t it? This cabin crew is working but he is very nice to help out a grandmother who doesn’t know what to do with her little boy who is having tantrums. Airline cabin crew have hard jobs because they need to serve their passengers but this cabin crew showed that even if he is already tired of his work for the airline passengers, he can still do extra work so he can help out someone in need.