Nail biting is common in many people facing different kinds of stress in life. If you are one of them because you’re always feeling tensed or nervous then you are like this student who bites her nails alol the time. Some studies show that biting the nails means someone is intelligent but upon confirmation, they said that it’s just a habitual thing. It’s also a habit that’s so hard to remove. 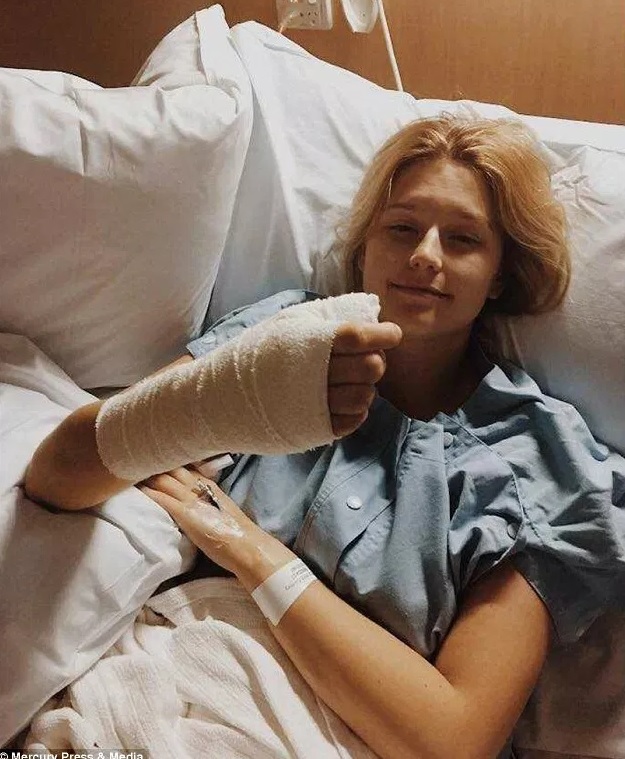 Aside from the ugliness that nail biting can bring, it can also cause skin cancer which is a dangerous disease. Courtney Whitorn is a 20-year old student who frequently bites her nail then one day, her doctors had to amputate her thumb because they found cancer on it and they linked it to the nail biting habit of hers.

Back in 2014, she noticed that her thumb was turning black so she got scared. She likes to bite her nails because this is like a defense mechanism for her every time someone bullies her. This is also her way to relieve herself from anxiety and nervousness. There came to a point when she was able to completely remove her whole nail. 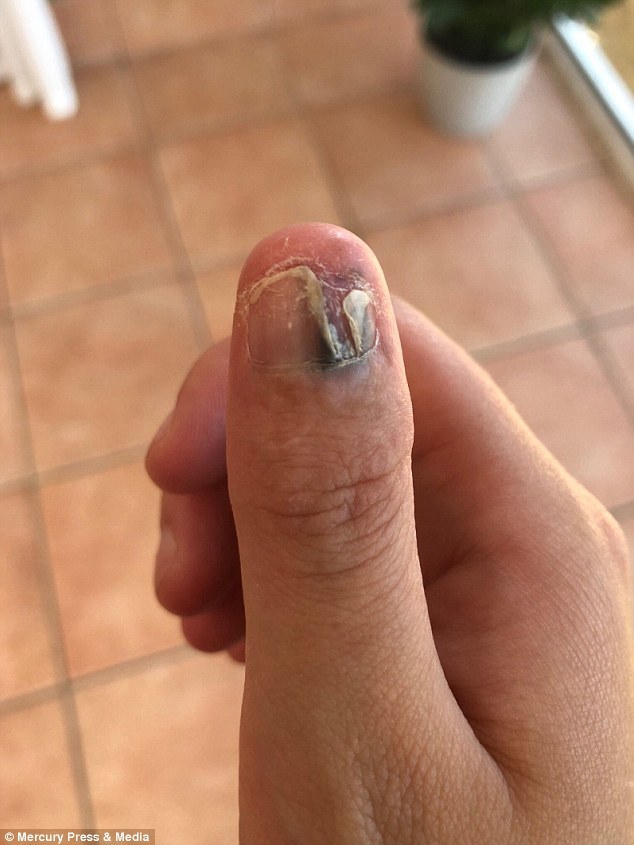 She kept the nail biting incidents to herself because she feels embarrassed. She told them that she got the cancer from a trauma on her naild bed. This cancer she has is called acral lengtinginous subungual melanoma. She discovered it last July. Her mom was so sad when she learned about what happened to Sydney.

There are things she had to do to stop the cancer from spreading. One of the first and most important is to actually stop biting her nails. When after she stopped doing it the cancer continued to develop, she had her thumb removed because it’s the surest way to get rid of the cancer.

Many people question if cancer really forms when you bite your nails. Courtney’s doctor says you can but many doctors and dermatologists don’t agree. MailOnline interviewed Dr. Nis Sheth of the Birtish Skin Foundation and he confirms that this is really possible.

Courtney’s talked to two plastic surgeons who said they will remove the nail bed and use a skin graft with the same color to cover it but after the removal of the first nail bed, they noticed something was wrong so they requested for a biopsy. It was a confusing case for the doctor so they went to Sydney to personally see if it’s malignant or not.

Many experts say that nail biting can’t cause cancer but here it is, Courtney’s story that it’s actually true and it can happen to anyone. It’s possible because when you bite your nail you expose it to dirt when you remove it and dirt is very harmful to the body.

You may ask what you can do to prevent nail biting.

Remember that it’s not embarrassing to ask for help especially when you feel so down. Don’t resort to nail biting and if you’ve done it, just remember to try and talk to your family and friends whom you trust the most so they can help you with your problem.