Health practitioners always warn against smoking because it greatly affects the lungs but vaping or e-cigarettes and now Juuls are also being introduced in the markets. Many say that it’s better than cigarette in terms of the effects it has to the body but experts say that it is just as bad. Juuls was invented in 2007 by two graduate students from Stanford University. It’s a small vaping device and currently accounts for 32% of market share, Nielsen Data reports. 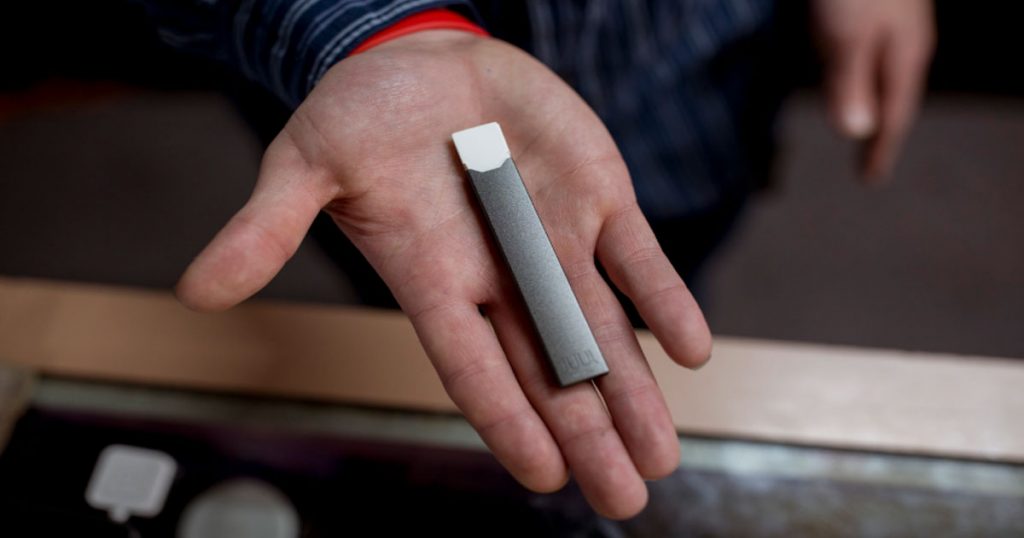 The process follows a simple routine where in the device cooks up the nicotine juice then produces vapor. After that, the user can already inhale it. It has many flavors like mango and crème brulee. It’s well-known in teens and college students though the legal age to buy it is 21 and above. Students love this device because of its size which is easy to put in a small pouch or purse. Another thing students love about it is that they can charge it onto a laptop or any USB port device. It resembles a flash drive too so professors and parents won’t easily suspect. Juuls is just as bad as a cigarette because one Juul pod is equivalent to about a pack of cigarette or roughly 200 puffs. People still like it despite the effects it has on the body because it gives a quick high for the user. The inventors made this for adult users but became popular to younger people but it’s has worse effects if the user is younger because the brain is still in the developing stage and using it can affect the brain. It’s also addicting and has some chemicals that cause cancer. Peer pressure and curiosity can lead to students and even adults to use Juuls but there are some negative effects that need to be evaluated first before trying it out and not being able to stop it.