A man becomes the envy of his neighbours when he decided to make an underground cellar using a shipping container. The man who confused his neighbors when he began digging a gigantic whole in his backyard which at first they thought was insane. They felt upset with the commotion because they thought he was doing something outrageous and it would somehow affect the value of their neighborhood. But he has big plans in his mind. He ordered a 20-foot long metal shipping container online which only cost him a little. He had the container placed in the hole. A septic company lent him the crane used for the construction of the cellar. The double door of the shipping container had to be sealed and a swinging door was added. They put a sump pump in the front doors to help drain any water out of the container. This process helps in securing that there will be no flooding inside the cellar. 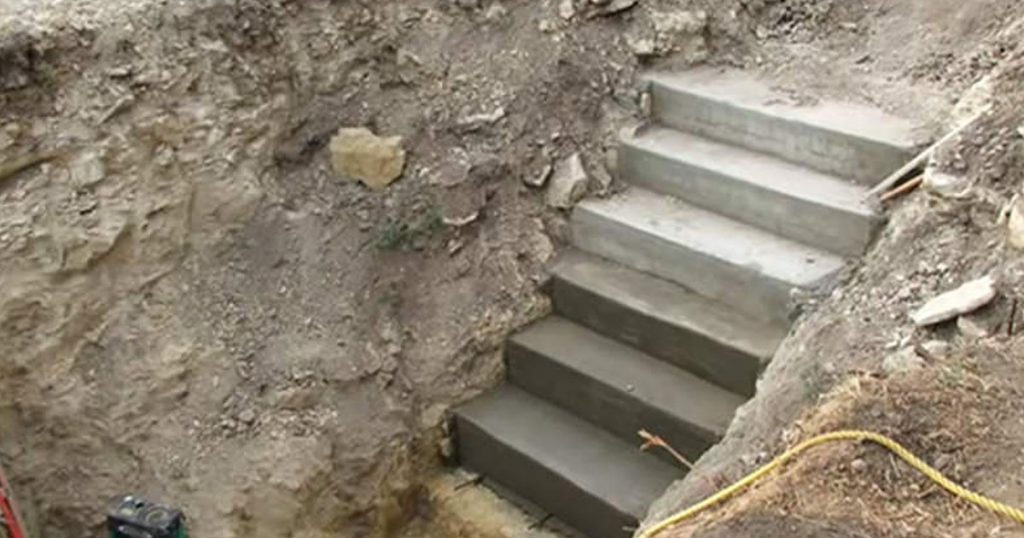 After that, concrete steps going to the front doors were placed and two I-beams were also added to the framework. Corrugated metal sheets were piled on the roof of the shipping container to make it stronger. The final underground wine cellar was remarkable and it can fit a couple of people. Several kinds of wines can also be found in the underground structure. This underground wine cellar project may have undergone the scrutiny of the man’s neighbors but the finish product is something that has surprised them. With a little resourcefulness he was able to do something functional to him and that’s now the envy of his neighbours. This is also a great way to store wine especially if he has a lot of those in stock.

Source: His Neighbors Were Puzzled By The Massive Hole He Dug In His Backyard by TipHero